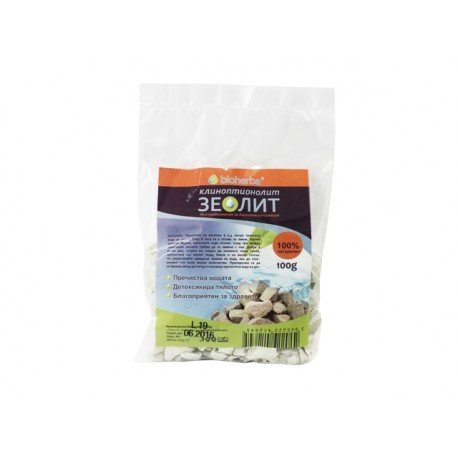 Natural zeolite or clinoptilolite is a mineral with exceptional properties. It purifies our body from toxins and bacteria, thus acting beneficial on the whole organism.

Natural zeolite or clinoptilolite is a mineral with exceptional properties. It purifies our body from toxins and bacteria, thus acting beneficial to the whole organism. One of the largest deposits of zeolite is in Ropite - Beli Plast village, from which every year tons of clinoptilolite are exported to the whole world.

Placed in water, zeolite eliminates the ions of heavy metals in it, thus purifying it from dirt. Taking the so purified water takes the toxins and bacteria from our body, scientists call it a "natural, molecular sieve". There are many claims to the benefits of zeolite, but one thing is - zeolite is a powerful detoxifying agent! The statements say that it works favorably in heart problems, insomnia, nervousness and arthritis, because of all the necessary minerals. The use of zeolite-treated water protects against ulcer, gastritis colitis. Studies have shown that zeolite is greatly complemented by the action of natural immunostimulants such as echinacea, pollen, propolis (clay), etc.

The packet is poured into 2.5 liters (per 100 g of zeolite) or 5 liters (for 200 g of zeolite) table drinking water. After 8 hours the water is ready for drinking. When you drink the water, fill the container again. After three months use zeolite should be replaced with a new one. It is a good day to have a glass of warm, zeolite-treated water in the morning, fast and in small swallows.

Do not suddenly increase water intake if you have been drinking small amounts so far. It is recommended to take a liter of liter and half of purified water per day.

Add to Cart
Powered by